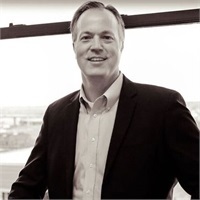 Sean grew up in a small town in Upstate New York, obtained a bachelor's degree from Canisius College in Buffalo, NY, and then arrived in Iowa City in 1989 for graduate studies in Exercise Science and work as a Certified Athletic Trainer. In 1990, he began a 15-year career coaching athletes the honorable sport of competitive rowing/crew which resulted in several championships and medal-winning performances at regional and national events, including Big Ten and NCAA level. In 2004, Sean began as a financial advisor by starting an Edward Jones branch office in Mount Vernon, IA. This successful endeavor led to a more regional offering of comprehensive financial services through Wealth Enhancement Group until Sean began his independent practice in February 2014.

Sean has always aspired to leave people and places better than when he found them. The intent is to have a positive impact. This is stewardship. As an independent advisor, Sean’s primary allegiance is to the betterment of the clients he serves. When knowledge and experience are met with a passion for helping others, positive outcomes are realized. Sean applies strategic planning and problem solving towards helping others succeed. By contributing to an individual’s prosperity, they can, in turn, be active in their own contributions to family and community. This is how the world becomes a better and more abundant place.

Sean has made Iowa his home with his best friend and wife, Jill, who was born in Omaha and raised in West Des Moines. Jill graduated from the University of Iowa and serves as the Creative Media Specialist (photo/video) for the University. They have two dynamic young children, Beckett and Marlowe, who are on life’s path of discovery. Their primary pleasures come from experiences which engage water, woods, and wildlife of the natural outdoors in Iowa, Wisconsin, Colorado, and beyond. Sean’s love of music extends to singer/songwriter while his love of rowing finds him in his wooden single scull.